Having a hard time relating to others? Do you feel like you’re better than everyone else? Do you find yourself getting into trouble a lot? If so, you may have Antisocial Personality Disorder (ASPD). This disorder can be difficult to diagnose because the symptoms can vary from person to person. That’s why we’ve created our free Antisocial Personality Disorder test (ASPD). It will help you determine whether or not you have ASPD, and provide some insight into the symptoms that are associated with it. If you think that you may have ASPD, we encourage you to take this test and talk to a professional about your results.

What is Antisocial personality disorder (ASPD)?

ASPD is a mental disorder that is characterized by a persistent pattern of disregard or violation of the rights of others. People with ASPD may often lie or cheat others for their own benefit, and they may have little or no empathy for how their actions affect other people. They may also be quick to anger and aggression, and they may have a history of violence or other criminal activity.

Who the quiz is for?

Our Antisocial Personality Disorder (ASPD) test is for anyone who wants to know whether or not they have the disorder. It is also for people who are interested in learning more about the symptoms of ASPD. This quiz is not meant to be a substitute for a professional diagnosis. If you think that you may have ASPD, we encourage you to talk to a mental health professional about your symptoms.

How Does the quiz work?

The ASPD quiz consists of 14 questions. It will take you less than five minutes to complete. Simply answer each question as honestly as you can. At the end of the quiz, you will be given a score. This score will tell you whether or not you have ASPD.

How accurate is it?

This quiz is based on the criteria for ASPD in the Diagnostic and Statistical Manual of Mental Disorders, Fifth Edition (DSM-V). This manual is used by mental health professionals to diagnose mental disorders. The questions on this quiz are designed to screen for ASPD. However, only a professional can give you a diagnosis.

If you think that you may have ASPD, we encourage you to seek professional help. Here are some mental health resources that can help:

How common is antisocial personality disorder?

This disorder is relatively rare, affecting only about three percent of the population. However, it is more common in males than females, and it often begins to manifest in adolescence or early adulthood.

What are the symptoms of antisocial personality disorder?

There are several symptoms associated with this disorder, including a lack of empathy, a disregard for the law, impulsivity, aggression, manipulation, and a lack of remorse.

The exact cause of this disorder is unknown, but it is believed to be caused by a combination of genetic and environmental factors.

How is antisocial personality disorder treated?

There is no cure for this disorder, but there are several treatments that can help manage the symptoms. These include psychotherapy, medication, and support groups.

If you think you may have ASPD, we encourage you to talk to a mental health professional about your symptoms. They will be able to give you a diagnosis and help you find the best treatment for your needs.

How do I know if I have antisocial personality disorder?

If you have a diagnosis, it will likely be made by a mental health professional after conducting a thorough clinical assessment. This assessment will likely include a review of your medical history, a psychological evaluation, and interviews with family and friends.

Can children have antisocial personality disorder?

Yes, children can have this disorder, but it is more common in adults.

What are the consequences of antisocial personality disorder?

If left untreated, it can lead to problems with work, relationships, and the law. It is important to seek treatment if you think you may have this disorder.

The exact cause of this disorder is unknown, but it is believed to be caused by a combination of genetic and environmental factors.

How can I get help if I think I have antisocial personality disorder?

If you think you may have this disorder, we encourage you to talk to a mental health professional about your symptoms. They will be able to give you a diagnosis and help you find the best treatment for your needs.

How To Tell If Someone Has Antisocial Personality Disorder

It can be difficult to tell if someone has antisocial personality disorder (ASPD). The symptoms can vary from person to person, and many people with the disorder don’t seek treatment. However, there are some common signs and symptoms that may indicate that someone has it.

If you think that someone you know may have ASPD, look for the following signs and symptoms:

If you notice any of these signs and symptoms in yourself or someone you know, it’s important to talk to a professional about them. ASPD is a serious disorder that can have a major impact on a person’s life, and treatment is available. 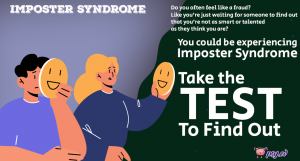 Do you often feel like a fraud? Like you’re just waiting for someone to find out that you’re not as smart or talented as they think you are? If so, you may be experiencing imposter syndrome. This is a psychological More Are you an introvert? Do you find yourself feeling drained after social events? If so, you might be surprised to learn that you are not alone. According to recent studies, as many as 1/3 of all people identify as introverts. More Take our free ASPD test to see if you may be displaying signs of this disorder. This test is not meant to diagnose, but rather to provide insight into some of the symptoms associated with it. If you think you may have this disorder, we encourage you to talk to a professional about your results.

A revolutionary new web app that allows you to take control of your mental health by identifying and understanding your problems.

Psy.Ev’s content is strictly informational. We provide educational resources and self-help tools, but we are not medical professionals. Our website is not intended to be a substitute for professional medical advice, diagnosis, or treatment.

Back to Top
Close Create